A German lawyer says the ban on the Congress of the biggest Kurdish institution in Europe violates the existing legal framework of ECHR and of the German Constitution.

KCDK-E co-chairs were only informed of the decision to ban it by phone after the end of working hours on Friday 9 July when the police threatened them with detention.

KCDK-E lawyer Roland Meister appealed to the Cologne Administrative Court against the ban of the congress. Meister told Yeni Özgür Politika that the congress ban was announced by some German media organs which had also targeted the KCDK-E co-chair Yüksel Koç, even before it was disclosed to the KCDK-E officials.

Meister emphasized that the KCDK-E, which includes 409 institutions and dozens of entities, was formally established in Belgium and has been an officially recognised institution under European law ever since.

“With the ban, the criminalisation against the Kurdish movement has reached a higher level,” he said.

Meister shared the basis of their grounds for appeal: “The police did not report that the congress was banned by a written document, but by threats over a phone call. They threatened that they would raid the congress and detain people if they ever held the congress.”

He added: “The police defined Yüksel Koç as a dangerous person. Such classification means criminalisation, which paves the way for further lawsuits against activists.”

Stating that the ban on the congress targeted freedom of expression, Meister said, “Many people, such as the mayor, were invited to the congress, which also appeared in the press. It was not a secret meeting, as reflected in the German media.”

The German lawyer warned that pressure against the Kurdish movement has increased in Europe, especially in Germany in recent years. He cited, as examples, the closure of the MIR Music and Mesopotamia Publishing House, the lawsuits that have arisen citing article 129b of the constitution, and the prohibition of demonstrations.

“KCDK-E is an umbrella organisation and its criminalisation means that a new dimension in the criminalisation of the Kurdish movement has arisen. It should be taken seriously. This also shows the close relationship between Turkey and Germany. That is why [Haiko] Maas has been visitingTurkey very often in recent years,” he said.

Emphasizing that there should be political initiatives as well as legal initiatives against criminalisation, Meister said, “An attack on Kurds is also targeting the right to assemble and organise. The German institutions and organisations should fight against this: they should be in solidarity.” 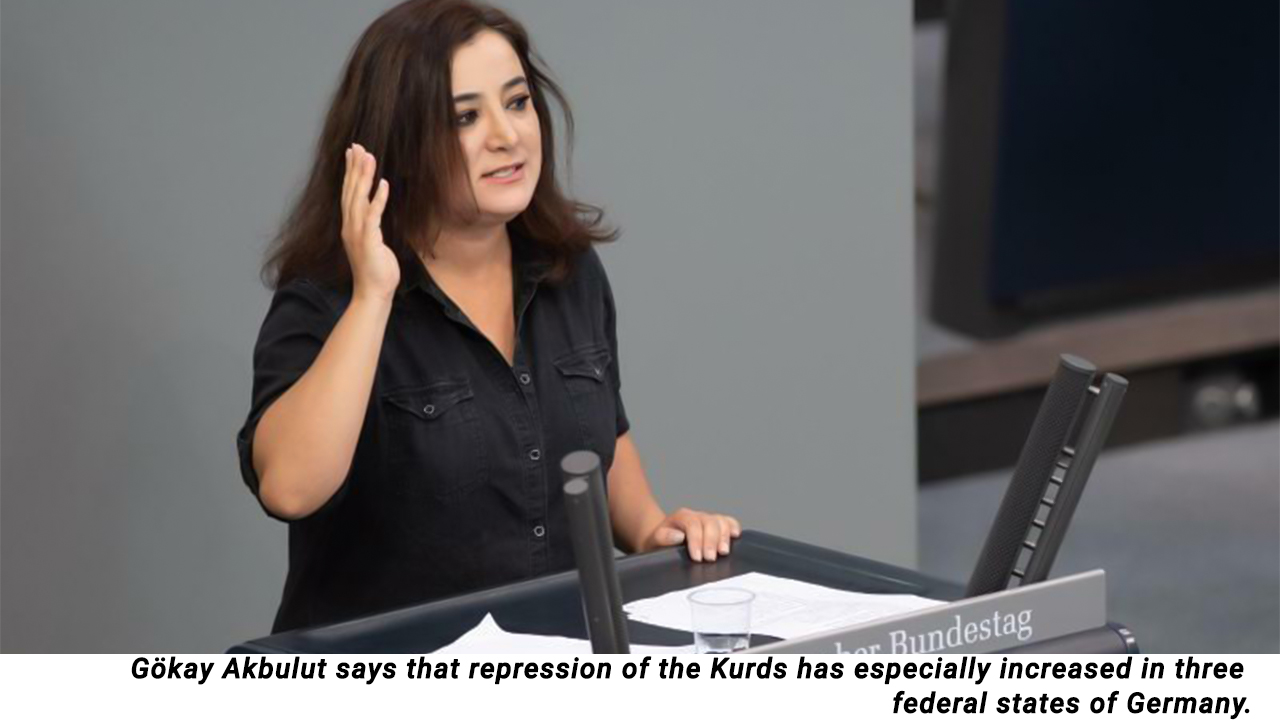 Die Linke’s MP in the German Bundestag, Gökay Akbulut, argued that there is increasing pressure on Kurds in Germany and in three federal states, the repression of Kurds has increased.

“Nordrhein-Westfalen (NRW), Bavaria and Baden-Württemberg … The common point of these three states is that the Interior Ministries are in the hands of the CDU/CSU [Christian Democratic Union of Germany and the Christian Social Union in Bavaria],” she said.

“Armin Laschet, serving as the Minister President of the NRW and Serap Güler, who serves as the responsible officer for integration, may also be factors. According to media reports, Güler attended events organised by the Grey Wolves.”

“In addition to this, the attempts of national intelligence to force people to work as informants for the state all reminds us of the pressures in Turkey.” 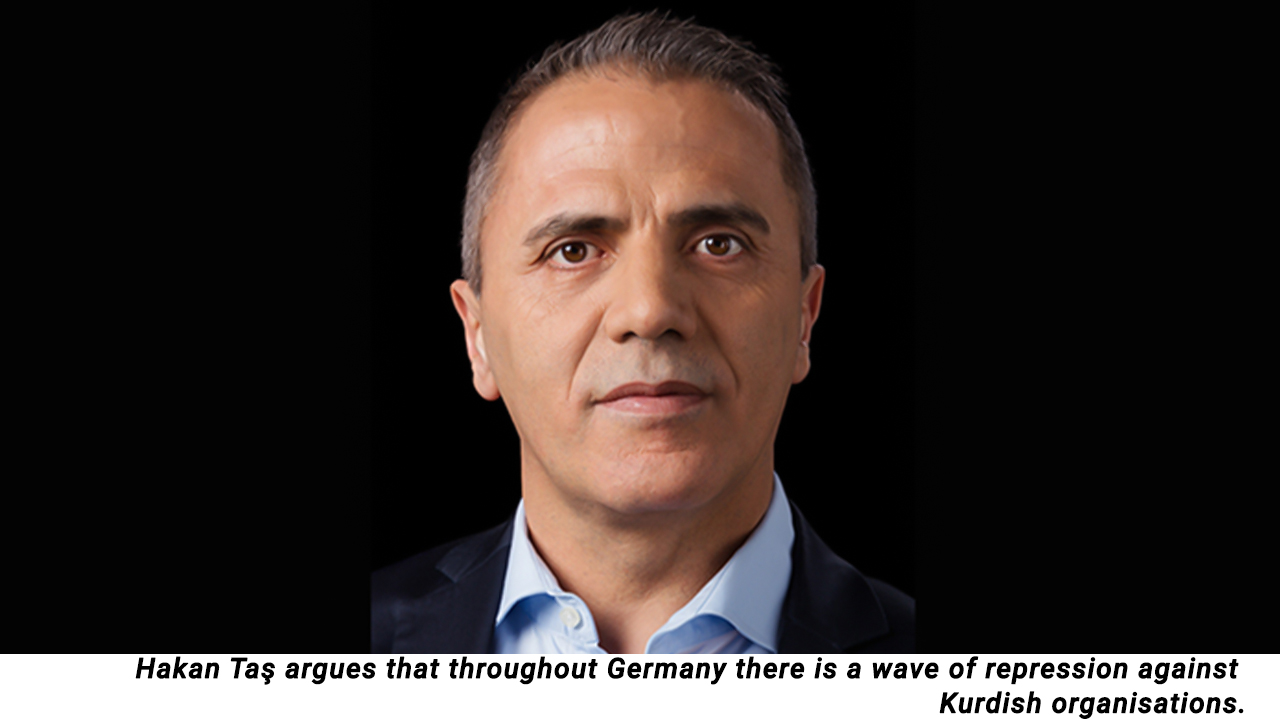 Die Linke’s MP for Berlin’s State Parliament, Hakan Taş, pointed to the ‘good relations’ of Germany’s new Chancellor candidate Armin Laschet with Turkey. He believes that the repression of Kurds in Germany cannot be evaluated independently from such ‘good relations.’

“Unfortunately, there is a wave of pressure against Kurdish organisations and activists throughout the country. It is clear that domestic politics, led by a conservative government, will continue the dependency on Erdoğan,” he said.

“Erdoğan is a dictator and he cannot be partnered with. This message shall be given to the federal government in the elections, to be held in September.”

Kurdistan’s Weekly Brief April 5, 2022
A weekly brief of events occurred in the Kurdistan regions of Iran, Iraq, Syria, and Turkey. Iran Danish police forcibly arrested a female Kurdish activist named Qadimkhaer Haganizadeh after she refused to board a plane traveling from Turkey to Iran. Haganizadeh, who was initially deported from Denmark, refused to return to Iran...
0

Syrian asylum seeker in the Netherlands convicted of war crimes
Photo: DutchNews.nl A 49-year-old Syrian asylum seeker has been sentenced to 20 years in prison for his involvement in the shooting of a Syrian government official in 2012. Ahmad Al K. did not deny that the person seen in a series of videos of the execution was him, but said...
0
Köşe Yazarları TÜMÜ